Myanmar’s government decided to improve the country’s aviation fuelling sector as part of opening up to tourism and new business investment after decades of isolation. Before this, all airports in the country had been operated by the government owned company, MMPE, which had no exposure to international aviation standards.

This lack of exposure meant that airports which MMPE operated did not meet the JIG standards for aviation fuel quality control and operating procedures. They also lacked the right training programs for depot fuelling staff, quality control and operational records, as well as only having limited equipment performance test records. The majority of the refuelling equipment also needed upgrading.

In 2015, Puma Energy was awarded the tender to form a joint venture company with MMPE – NEPAS, to help bring 11 of Myanmar’s airport’s fuelling facilities and operations up to a higher standard. NEPAS achieved this by implementing our global aviation standards, while investing in new infrastructure where required.

The transformation began at Yangon International Airport in November 2015, where NEPAS worked with us to immediately install its aviation operating and quality control systems, along with the required equipment performance test records. Task and HSSE training programs were run and the facility was brought up to satisfactory Puma Energy global aviation, JIG and IATA standards. 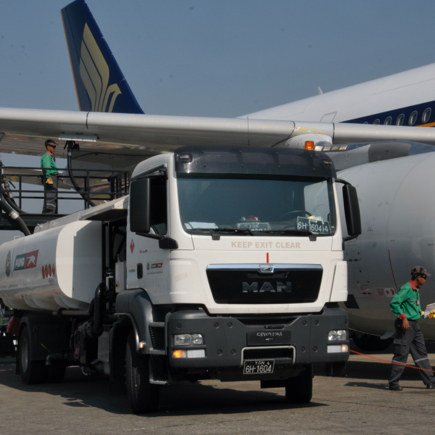 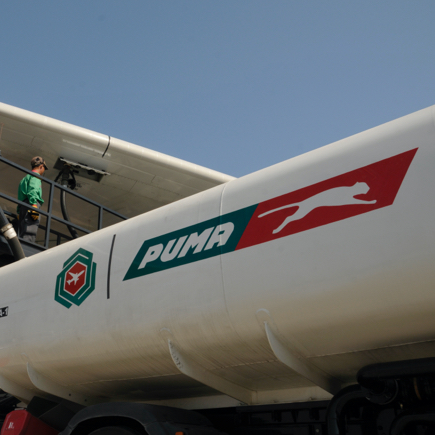 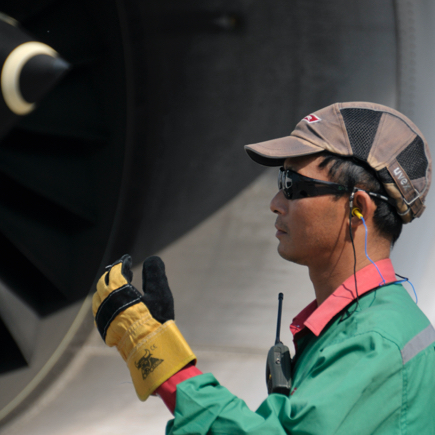 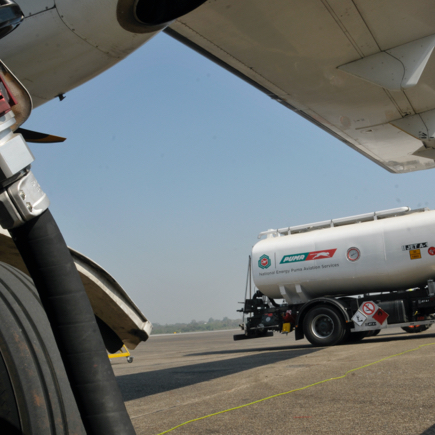 Alongside this partnership, we invested in a total refurbishment of Yangon International Airport’s fuelling depot between 2015 and 2017. This included a new:

To improve the safety and quality standards of transporting high quality Jet A1 fuel between the depot and aircraft, NEPAS also invested in a new refuelling fleet, including six refuellers, two hydrant servicers and one hydrant pit cleaning vehicle.

Fuel storage facilities were significantly upgraded, including fitting a centralised quick flush tank to determine the quality of the fuel as quickly as possible. The two original storage tanks were also modified and two new 2,700 m³ storage tanks constructed. Total storage capacity now lasts the airport twelve days, rather than the original three.

Upgraded health, safety and security equipment was installed throughout the depot, including 24/7 CTTV monitoring of the entire facility, a new security guard house and static guard monitoring. The fuel farm and gantry draining system were linked to a new triple petrol and oil interceptor, designed to contain, slow and better regulate the flow of contaminated waste water. This was further supported by an enhanced firefighting system, including a new 400 m³ water tank, foam concentration tank, two brand new fire pumps, as well as foam injection facilities and cooling rings for the tanks.

“All aspects of this project have been a resounding success,” says Dominic Lum, Operations Manager, Myanmar, Puma Energy. “Yangon International Airport has now passed the JIG and IATA Fuel Quality Pool (IFQP) standards review. The refuelling facility went through 24 audits in 2017 with no major findings.” The initial phases of the transformation went so well that NEPAS was able to expand operations and take control of refuelling operations for the other airports by mid-July 2016.

Since the formation of NEPAS, it has taken over operational management of all 11 airports. Further investment was made to install modern safety equipment and features for employees, and upgrades to key infrastructure. Further improvements continue to be negotiated including a new hydrant line at Yangon International Airport that will meet JIG Standards.

“Our successes in Myanmar shows the power of what a strategic joint venture can achieve,” says Seamus Kilgallon, Global Head of Aviation at Puma Energy. “Not only have we brought key transport hubs up to international standards, but we’ve enabled Myanmar’s aviation industry to gain competitive advantage through our resources and created job opportunities for local people. Myanmar is at an incredibly exciting point in its development and we’re thrilled to be playing a significant role in fuelling its growing economy.”

We’d love to talk about how we can help your aviation business and give you the high quality fuel you need. Our commercial team is here to help: